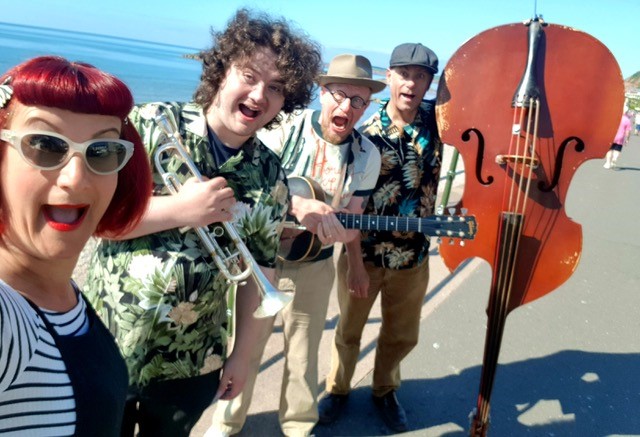 Since swapping the television for a piano, in August 2013, The Hot House Four progressed from jamming in the lounge to a band in a matter of months. Willy Briggs together with his wife Lisa Briggs teamed up with daughter Lola Gaskin-Briggs and Dan Morley to play some early American roots music. They blend a creative mix of Western swing, early jazz, blues, swing and ragtime with twin guitars, accordion, lap steel, harmonica, mandolin and upright bass. They were recently joined by Mr Tim Heming on clarinet who has slotted in perfectly and has added to their unique sound.

Over the last four years, The Hot House Four have gone from strength to strength and now as the Hot House Combo, breaking through onto several scenes of music including the Folk, Blues, Jazz, Americana and Rockin’ scenes. They have played all over the UK and several times in Europe, stirring up a storm where ever they go!

People are always impressed and thrilled at the energy and passion that flies off the stage when The Hot House Combo do their thing … exciting times ahead.

See them on our Showtime stage at 3pm.

Our amazing multi-terrain running race, the Lustleigh 10k is now open for entries for 2021. Always popular, this is a